3 May 2016:  UCB Manufacturing Ireland Ltd, a subsidiary of global pharmaceutical firm UCB, appointed Limerick-based O’Neill Industrial to significantly upgrade its compressed air system through a competitive tendering process. The investment in the two phased upgrade project has delivered many benefits for the firm, including increased capacity, reliability and energy savings along with reduced maintenance costs and improved air quality.

The UCB Project Engineer, Vincent Wall, explains the rationale for upgrading the compressed air system, “The old system had a number of shortcomings so when our production requirements increased we were faced with capacity issues. In addition, depreciation over the years meant increasing maintenance costs and reduced energy efficiencies and there was an ongoing risk of oil contamination from ageing oil lubricated compressors. These were all business critical issues.”

Previously, the compressed air distribution system was supplied by four air compressors at the Shannon site, two of which were in excess of 10 years old. The findings of an audit conducted by O’Neill Industrial highlighted that all four compressors needed to be operational at the same time in order to meet the sites compressed air capacity requirements during a typical production week.  This allowed no flexibility for maintenance or downtime of the compressor equipment.

In addition, only one of the four compressors was oil free compressor.  The three oil-injected compressors carried a risk of system contamination and all were at the end of their useful life, leading to increased maintenance costs and reliability issues.

Following a competitive tendering process, UCB selected O’Neill Industrial to design and install a system that would meet their future oil free compressed air volume requirements, efficiently and with a standby solution in place.

With the complete solution in place (Phase 1 & 2) since Q3 2015, the envisaged benefits of the large investment have been justified;

The Engineering Director at UCB noted, “The overall install went smoothly.  Good integration between the system provider and UCB meant there were no business interruptions and the system benefits were realised through increased flexibility, ease of maintenance, system reliability and reduced contamination risks.” 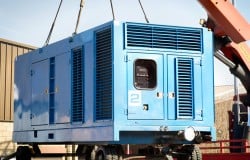 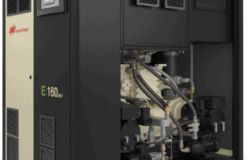 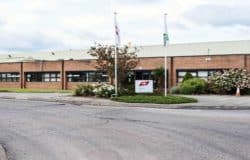 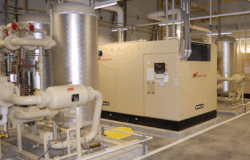