Running and rowing in a sealed chamber with depleted oxygen levels might sound like a form of torture but for some of Ireland’s top athletes it’s what gives them the X factor.

Elite athletes have advocated the use of altitude training for many years because it enhances athletic performance by pushing the body harder and gaining fitness quicker. But until recently, it was only accessible by expensive trips abroad to high altitude destinations or alternatively training with a mask and sleeping in a very small tent-like room.

Today, the science used in the professional training regimens of elite runners, AFL footballers and Olympians is now being widely adopted by Ireland’s top sportspeople from rugby, GAA and wider sporting circles thanks to The Altitude Gym, the only permanent facility of its kind in Ireland which opened in Delta Sports Dome in Limerick in 2013.

The gym is a sealed chamber where oxygen content is reduced to simulate the same atmospherics you experience at high-altitudes. And some of the technology used to create this world class sports offering was sourced locally. Ralph Parkes, the brainchild behind the quarter of a million investment into the Delta facility, engaged a UK based consultant who subsequently engaged O’Neill Industrial, a main distributor for Ingersoll Rand air compressors in Ireland located just 500m away on the Ballysimon Road, Limerick.

While installing complete air solutions for large pharmaceutical plants and food & drink manufacturers is a speciality of O’Neill Industrial, helping to create an oxygen-adjusted environment for a gym was a road less travelled for the family owned firm. Nevertheless, the right solution was achieved with ease through the installation of an Ingersoll Rand Nirvana 30 kw Variable Speed Compressor to deliver feed air, at the optimum volume and pressure to the Nitrogen Generation system which reduces the oxygen levels of the air.

Nitrogen generators essentially increase the levels of nitrogen from the 78.084% present in the air around us to Nitrogen purity levels that can be as high as 99.5% by reducing the oxygen content in air. For this application however, under strictly controlled conditions oxygen levels are reduced from the 20.947% present in normal breathing air by 1% to 2% by the Nitrogen generator. The low oxygen air is used to simulate altitude conditions in a gym environment (see gaseous composition of dry air in the chart below).

* Low concentrations in troposphere; ozone maximum in the 30- to 40-km regime of the equatorial region.

Compressed Air quality is also important in Nitrogen generation systems and particularly so in this application where the oxygen-reduced air is being breathed. To ensure the Compressed Air is of a suitable quality for the application, the air is treated by passing it through an Ingersoll Rand Refrigerated Air Dryer and Inline Filter set which, post treatment, provides Compressed Air to Class 1.4.1 in accordance with ISO 8573.1 2010.

The chamber at Delta Gym is designed and controlled to gradually and safely acclimatise a body to working more efficiently. Depending on requirements, athletes have the opportunity to train at simulated altitudes of up to 3,200 meters (10,500ft).

Injured athletes also benefit from use of the gym as they can achieve a high cardiovascular stimulus without the high impact of training on anti-gravity equipment in a regular gym.

Five Senior Hurling Players on the Galway team used the Altitude Gym during the winter in preparation for their 2015 All Ireland Championship bid. And regular trips to Delta are fixed in the training schedule for the Irish Cross Country Athletic team.

However, it’s not just the sporting elite who enjoy the benefits from the Altitude Gym; the oxygen levels are controlled to suit a variety of classes for the general public too with spin and circuit classes on offer.

Austin O’Neill, O’Neill Industrial said, “We were delighted to get involved in such a unique project so close to home. In industry circles, compressed air is often regarded as the fourth utility, after electricity, natural gas and water. This installation epitomises the highly diverse use of compressed air and the benefits that can ensue.” 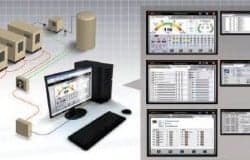 Be Energy Efficient While Increasing Your Reliability 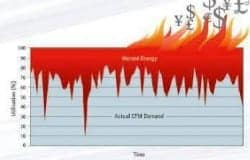 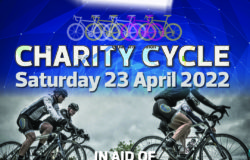